Have you gone paddle-boarding? Want to give it a try? Balboa Island is an awesome place to rent a paddleboard and explore Newport Harbor.

Balboa Island is centrally located in Newport Harbor and is popular for it’s proximity to the Balboa Fun Zone and Balboa Ferry. You can paddle around Balboa Island in about 45 minutes. If you want to take a short cut, head through the Grand Canal which separates the big island from little Balboa Island. 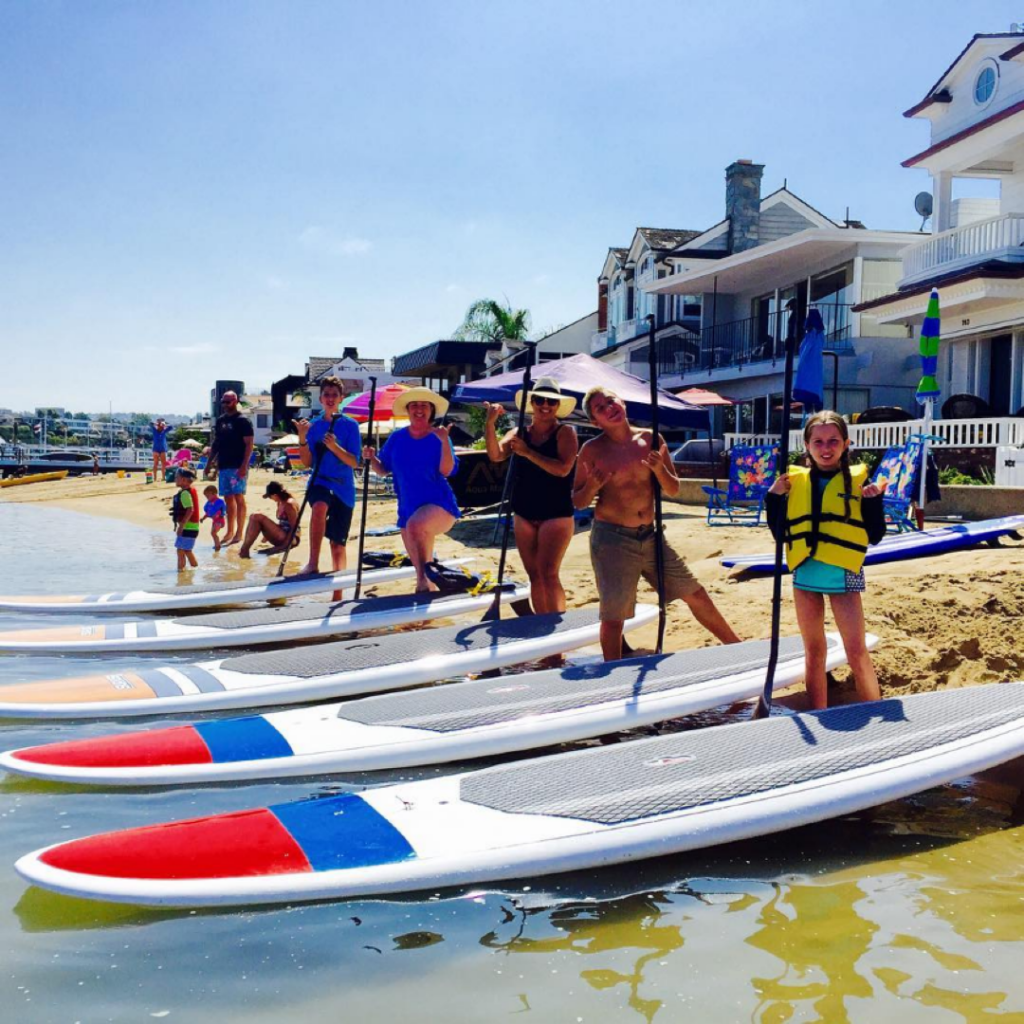 When paddling around Balboa Island you will enjoy many sights. On the North Bay Front you will see many boats in the mooring fields, people fishing off of the public docks and islanders enjoying mother’s beach and Ruby Beach. As you paddle west under the bridge toward the little island, you will enjoy sights of Irvine Terrace. This is a great place to see the sunrise. You can paddle around the little island or west through the Grand Canal for a short cut.  This is where the harbor really opens up and you can paddle out toward the entrance and the world famous wedge or inward toward the Balboa Ferry, where you will enjoy views of the historic Balboa Pavilion, the Balboa Ferris wheel and the Balboa Fun Zone. Northwest of the ferry crossing, you will often see sea lions waiting for leftovers for Newport Landing/Davey’s Locker fishing boats. It’s fun to paddle around bay island or keep going around balboa island where you will see Collins Island (home to 6 private residences) as well as harbor island and beacon bay.  Collins Island was once the home of the original developer of Balboa Island!!!

If it’s a Saturday, keep your eyes open for Chris Crosson on the South Bayfront of Balboa Island near Sapphire. He is known for building amazing Sand Sculptures weekly since 2014.  Don’t be shy. Take a picture with him and say hi. He is one of the most down to earth and friendly people you will ever meet!

Investor Alert! $45,000 PRICE REDUCTION! What better place to invest your money than a high end, high yield location like Newport Beach? This charming, updated beach house has the capability of being a cash cow. It has a prime location on Balboa

A Historic Landmark "The Balboa Island Hotel" Built-in 1925, by its first owner a local Portuguese fisherman. In the early days, some of the Hollywood studios would rent the entire hotel for the movie stars to stay in while a movie was being made. At

This charming home is looking for a savior! Born in 1928 and delivered by a boat builder, updated with plumbing and electricity in 1947/48 and an addition of an apartment in 1967. This is the best of the older charm of Balboa Island that is so highly